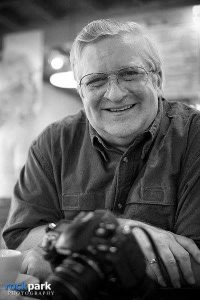 Photographer Maurice Eagle passed away yesterday. His passing got me thinking about his talent, and how fortunate I was to have known him and to have been a subject in his photographs on a number of occasions.

I don’t remember the first time I met Maurice Eagle. It may or may not have been the night he first shot Scorpio Rising which, unless I’m missing an older photo, was Friday, August 29, 2008 at Flamingo Cantina in Austin.

That 2008 photograph of Scorpio Rising was to be the first of many Maurice images that I’ve been fortunate enough to appear in. They span three bands and include a very special-request moment that I’ll get into later.

He posted a note on Facebook on March 11, less than two weeks ago, reminding folks that he’d assembled all his band photos in one place:

I have archived all the Band Photos in their Venue at the time on my Photography By Maurice [Facebook Page]. Sad, when looking back how many Austin Venues have closed hoping the same never happens in Houston. – Maurice Eagle

In hindsight, Maurice’s note served as one final reminder to the bands he shot, that their one-of-a-kind Photography By Maurice moment would be there for them in perpetuity. 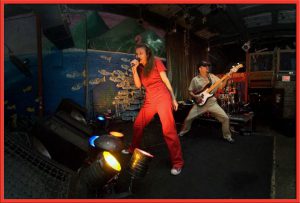 Scorpio Rising before the fringe and LED lightshow, and a Maurice photo before he began using his logo. Taken August 29, 2008 at Flamingo Cantina. Photography by Maurice.

When Maurice Comes To A Show…

If you play in a band in Austin, then you’re likely no stranger to playing near-empty rooms. Unfortunately, it’s a fact of life we’ve all had to deal with. But even when playing to just the bar staff, when Maurice walked into the room you knew it’d be a special night. Him being there made your show legit, somehow. There might be bigger shows in town, but your show was the one Maurice was at.

He had a knack for capturing truly unique moments onstage. Then, after the show, he’d work until the wee hours of the morning, manicuring usually just one photo per band. He’d edit out all beer cans and water bottles. He removed excess cords and any trash that might be in the frame. Then he enhanced the colors to the hues he thought they ought to be. Then, usually some time before sunrise, you’d get a cherished message from him sharing the files. You may have only made a few bucks that night (if anything), but damn if you didn’t get a timeless promo photo that you could use for years to come.

And it was always free. Maurice wouldn’t accept money. He said that photography gave him a wonderful life and career and now it was his turn to give back. He did always appreciate when a band would order a cup of ice for him–he wanted no more than that.

The Respect of Other Photographers…

The coolest sign of appreciation I saw given to Maurice, however, was the incredible respect and admiration of other photographers. In my circles, there have been folks behind the camera like Christopher Paul Cardoza in San Marcos, Jack Leyva in San Antonio, and Dave Prewitt, Raphael Rodriguez, and Deanna Olivarez in Austin. Those are just the photographers that I can think of offhand who’ve expressed their admiration for Maurice over the years.

I loved hearing conversations between some of these folks and Maurice, talking technique and telling stories. But each of them at one point or another has referenced Maurice’s unique style and meticulous care in creating his images and their high level of respect for both the man and his art.

Brittany and I had what we thought was a fun idea for a picture for our wedding announcement: a photo of us in regular clothing surrounded by the wacky members of Chasca. Maurice agreed to come out to a Chasca show at The Blackheart on September 20, 2014 to get that shot before the band took the stage that night.

At that time, neither Brittany nor I were in Chasca. We’d just been big fans for a while. I’d actually begun to rehearse with them because their drummer Ian was looking to step away, but I wasn’t slated to play any shows for at least a few more weeks.

Then, the monkey wrench happened: that afternoon Ian had an emergency arise and couldn’t make the show. After a few phone calls with the band, we decided I should go ahead and give it a shot…which meant that I would no longer be in street clothes for this whole photo idea. We proceeded and, once at the venue, Maurice proposed something that initially seemed pretty odd and risky: during the first song, he asked Brittany to go up on stage and stand next to me, then we look at the camera, and BOOM: magic.

If you’ve seen a Chasca show, you know there’s gear all over the stage. Add to that The Blackheart’s small indoor space, a decent crowd of fans, and my nerves of not completely screwing up the show…and suffice it to say we were pretty skeptical. Hell, maybe Maurice had lost his mind and was just thinking of the thing that would cause the biggest trainwreck…

There was also an incident in the alley during load-in in which the owner of a neighboring business ran over and destroyed some of our gear and damn near had our makeup artist and Brittany tear him limb-from-limb. My brand new double bass drum pedal was ruined, but the single pedal portion seemed like it would hold together. I digress, but this incident added to the tension of the night. 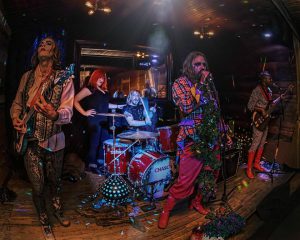 At Maurice’s request, Brittany walked onstage while Chasca was playing to get a photo for our wedding announcement, September 20, 2014. Photography by Maurice.

The band was cool with the photo idea, though, and Maurice got the shot. It was a hit and the show went on shockingly well. Shoulda never questioned Maurice’s pictorial prowess.

It warmed our hearts even more when Maurice and his beautiful wife, Nam, made an appearance at at our wedding.

The most epic rock image of Maurice’s that I’ve been in has to be his shot of Chasca at Concert Pub North in Houston on May 27, 2016. In case that date isn’t etched into your brain, there happened to be flood of epic proportions in and around Houston (e.g. 22″ of rain in Brenham, some assorted tornadoes, the whole nine yards). Stretches of Highway 290 were shut down and much of Houston sat underwater. It was in doubt whether or not Chasca, traveling from 3 different cities, was even going to make it to the venue.

But it was a big show for us–opening for Hookers & Blow, a group comprised of members of Guns N Roses, Quiet Riot, W.A.S.P., and Danzig/Type-O Negative, booked through a promoter we were working with for the first time. We had to make this happen!

I’d also reached out to Maurice to see if he could attend. He’d been in Houston, where he and his wife had relocated so he could get top notch treatment for his battle with colon cancer. I was imagining that he wasn’t going to risk the drive. I mean, it cannot be overstated how difficult it was to get through Houston that day. Cars were flooded out at most intersections. Our 2-1/2 hour drive from Austin had turned into an over-4-hour treacherous adventure. Somehow, the members of Hookers & Blow made it there, though. As did Chasca. And so did Maurice. 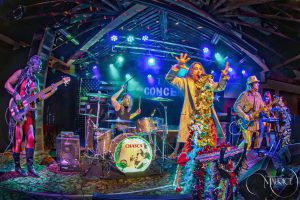 Chasca opening for Hookers & Blow at Concert Pub North in Houston, May 27, 2016. Photography by Maurice.

Bless that man. He was gracious as ever. We set him up with his requisite cup of ice. And although the turnout that night was understandably not what we’d hoped, he took a photo that will live on as long as people speak the name “Chasca.” Like I said earlier, when Maurice showed up at your show, an otherwise tough night just became 100% worth it.

I’ll wrap up this post with a personal gallery of my own Photography by Maurice. In this collection you can see Maurice’s own personal growth between 2008-2016, as both a photographer and photo editor. He started taking more risks and really exercising some fun creativity with his editing tools…but always starting with a really great original.

I could go on and on talking about some stories he’d shared over the years–sharing a limo with Janis Joplin in San Francisco was one of my favorites–but I’ll leave it at this. Maurice Eagle made a big impact on a whole lot of musicians in and around Austin and Houston. After his cancer diagnosis, as his treatment schedule allowed, he continued to shoot bands until just a few weeks before his passing.

Check out his work on his various profiles:

We miss you, Maurice.

Costco has Plan B for $8 and you can get 2 at a time. No membership needed

Costco has Plan B for $8 and you can get 2 at a time. No membership needed